Thanks to an invite from Jody Day I had the opportunity to attend Fertility Fest in London. It was the first time that I have come across such an event which took me on an emotional journey. The first talk I attended was named the ‘The Infertility Experience’ which started with extracts from 2 plays Mama’s Little Angel by Somalia Seaton and Those who Trespass by Matthew Dunster.

Mama’s Little Angel explores the experience of a young women who was diagnosed with infertility as a teenager. As much as I couldn’t relate to the experience of knowing that I would not be a mother at such a young age I remembered a couple of conversations that I’ve had recently with women who are in their 30s. Both women are unsure if they will become mothers but who remain hopeful despite the trials they have encountered trying to conceive naturally. Thinking back to when I received my ‘unexplained fertility’ diagnosis I knew in that moment that I wouldn’t become a mum. I was 43 heading towards 44. Listening to these women I was grateful that I wasn’t 33 having to live through years of what probably feels like a bottomless well of hope and endless trying only to be told ‘No’ month after month. My pain was instant which quickly turned into grief, it wasn’t long and drawn out, although the 3 years of trying did take its toll, my hope was over in what felt like minutes.

The second play was about a couple who cannot conceive naturally, who turned to adoption after being unsuccessful with IVF. IVF and adoption were not options for me and my husband, in fact its something that we discussed more recently and more of a way of making sure that it wasn’t what either of us wanted but sitting there listening to the debate that took place afterwards I was amazed at the journey’s people/ couples will take to have the family that they have always dreamed of. Given the chance to do it all over again I still do not think I would chose the IVF or adoption route  but I have gained an improved insight into the process and what it really means for those hopeful couples that embark on this journey.

After lunch I attended a talk titled ‘Facing Involuntary Childlessness’ where Jody Day (who you all know), Katie Barlow (film-maker) and Tina Reid-Persin (visual artist) talks about their experiences.

Tina talked about her photographic project ‘Photos I’ll Never Take‘ where she and her husband took family pictures with a doll that ranged from Tina being pregnant, Tina post birth, Tina celebrating her daughter’s (the doll’s) birthday, Tina and doll at the ice-skating rink – you get the picture. They were strangely sad and a reminder of the experiences that I will not have as a mother. Tina also told of her experiences of being asked to leave public places because she was scaring the children, the image of this did make me laugh but Tina’s question ‘how mad do you have to get before others see your pain?’ has stayed with me ever since I heard it.

The future of fertility talk definitely raised some eyebrows…. I’ll let you check out the time-less website for yourself. Make sure you visit the Stop the Clock Age-Defying Serum page – egg-freezing is apparently the new rage!!!

The day ended with the Quite House, a beautiful play by Gareth Farr. 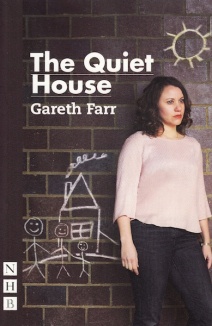 The Quite House is a love story about life where Jess and Dylan (the main characters) are in love, they want a family (who doesn’t???) and suddenly find themselves on an extra ordinary journey…. You’ve GOT to see it!!! I laughed, it had some really funny moments, and although I couldn’t relate to the IVF journey, I cried as the cast took us on an emotional and very personal journey of trying for a family of their own. As the story unfolded I recalled the emotions I had encountered on my road to trying for my own family, when I really wanted to be a mum to my husbands’ child. I remembered the hope that consumed me and the pain that followed. The play (and actors) brings to life this incredibly emotional journey of trying to conceive a dream that most women have had since they can remember. A journey that is difficult to explain to family and friends who simply do not get it and an indescribable grief that is not allowed or accepted (outside of the circle of women who are here and have experienced it). It’s a grief that women who are not living ‘that dream’ will carry with us forever.

The play runs until the 9th July so if you can please go and see it. 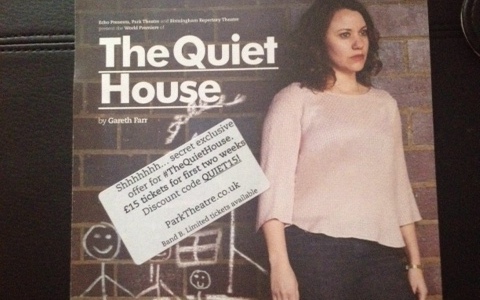 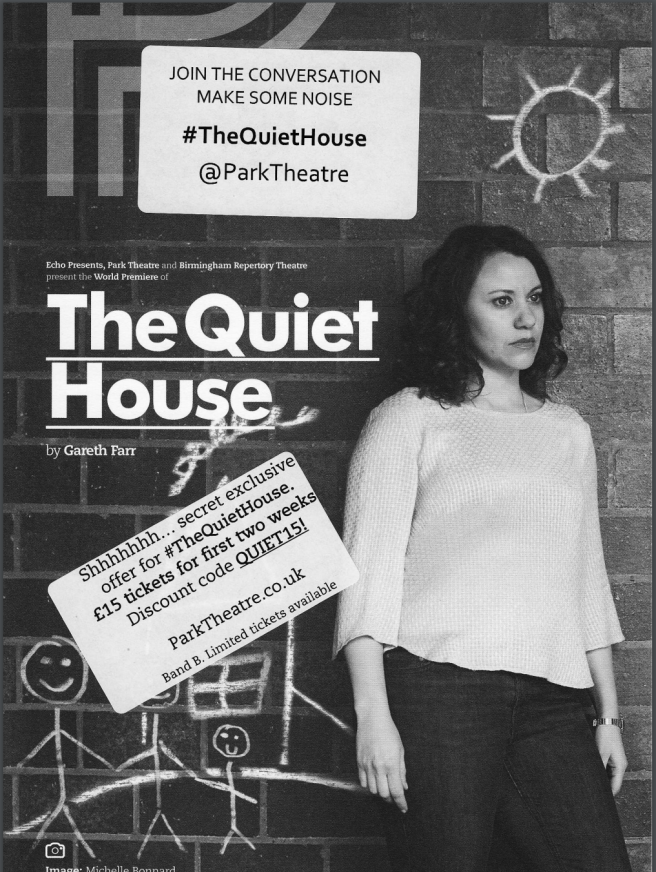 On Friday I attended my friends’ mothers’ funeral. Her mother had a great life, raised 5 daughters and was an active member of her church that included setting up a charity sending clothes, food and donations back to her home country in Sierra Leone. Sitting in the church and then at the reception reflecting on my own life I found it hard to contain my tears. As expected the service and testimonies from her family and friends were focused on her having children and grandchildren. The memories centred around what a wonderful mother she was which reminded me of that experience that I will never have. She was a formidable woman who impacted greatly on the lives around her. As her grandchildren started to share their memories of her I was reminded that neither me nor my husbands funerals will be like this, who would stand up and give such stories about us, who will rally around either one of us (depending on who goes first) to help us to make the required arrangements and be strong for us when we’ll need it the most? When I shared my feelings from the day with my husband he also mentioned that being the last of 4 siblings (and also being significantly younger than them all) meant that (if all goes according to the natural order if things) he’d be left with only his nieces and nephews, I’d still have my younger brother. What a daunting thought.

Sitting in that moment reminded me of how important it is for us, as childless individuals, to put our affairs in order, for me it’s to get my will updated, to sort out my power of attorney and to make sure that my husband and chosen others know what my wishes are if they were ever required to step in, especially as I know my husband will need that support. I am also realising how much I have been avoiding having this conversation with my husband (as he’ll need to have things in place if he does go first), it’s probably because of our age that he struggles with the idea of us dying and with the idea that something may happen where he will need to make a decision on my behalf. I’m even finding it hard to make time to put anything in place because lets face it, where is the urgency??? Attending the AWOC conference on the 27th June will be a good start but as AWOC have an audience of 50+ I am, at 45, apprehensive about attending. I really need to deal with my inner voice here and make this choice depending on what I need right now and right now I need that gentle push to put the wheels in motion. to ensure that mine and my husband’s futures are taken care. To be safe in the knowledge that, at least, something will be ok when ‘that’ time comes.

A friend of mine emailed me this article which I found very insightful so I thought that I’d share it with you all too. I’d love to hear what you think about the article.